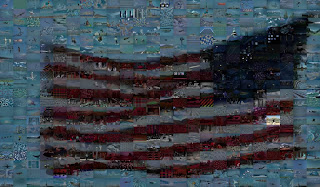 I wrote this a few years ago when I was in Afghanistan with the Army. It was my favorite piece while I was there and just thought it would be appropriate for what we are facing now. The war gets pretty tiresome....
Fear stretches itself beyond the limits of truth
While the sounds of war rage,
Breaking the battle ground softly
The fire burns deeply

God listens patiently
As we pray for strength
The Devil fights to win
One more soldier down,
Checkmate in Bagram
Posted by Jackie at 4:14 PM

I remember you before these days. I wish you never knew what it was like over there - away.

Jackie
Hello! I am writing this blog because I feel compelled to. I write poetry and fiction, and recently working as a reporter for an online newspaper. I received a B.A. in English and thought this blog might force me to write. My ultimate goal is to have any feedback - positive, negative, boring, etc. If I inspire or touch just one person, I have succeeded. Thanks for reading! (All poems and short stories © 2009-2012 Jackie L)