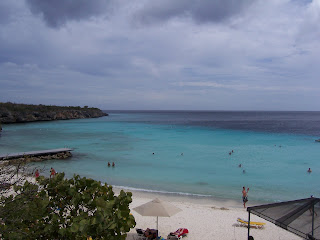 Captured by nature
wrestled by timelesness

I thank the Being that
gives me the beauty,

the purity
and stillness
and for the gift
of insight,
and the chance to
grasp the power
of enlightenment
Posted by Jackie at 2:21 PM No comments:

Holding on to yesterday
Dreaming of tomorrow
Struggling for today

A piece of heaven remains
Untouched in Bagram
A shard of hell clings to its beauty
Trying to force itself
Upon the children,
the women,
the innocent

Grasp each moment
as it passes by
Hold on to love

Paradise is here
Hidden beneath the
War
Posted by Jackie at 1:37 PM No comments:

The following is a part of a larger story that I have been working on for quite sometime. Because it is somewhat of a memoir, It is sometimes too painful to continue, which is why I only have 10 pages done. Any comments would help - thanks!


Simon stared out the window. The snow piled down sideways and had started to cover up the pane, so that all he could see now was the cab of his orange truck. He knew it was time to go to the doctor again, but the blizzard was his refuge. The pain had reached inside and twisted itself into black knots of decay and he could barely stand up. Instead, he sat in his favorite leather chair with his right leg stretched out carefully in front of him.

The chair had been his only friend for the past year and it still smelled like her, so he sat for hours on end. Sometimes he even fell asleep, waking occasionally, to rest his nose against the cold leather, inhaling its fading memory. His refusal to get out of the chair that once held her, kept him from going to the doctor yesterday, and it surely would keep him from going today. He looked around the room at his possessions and thought of his success. Each thing he owned however, brought him back to remembering her, and the vicious cycle forced him to shut his eyes.

Two hours later, Simon awoke and looked out the window again. The snow had almost covered the entire glass, and he could only see through a small area, his fading bumper.

“Thank God,” he said out loud, startling himself.

He couldn’t remember the last time he had spoken, or with whom, and his voice had a callous hoarseness to it, as if he were a chain smoker, and had recently quit. Although Simon didn’t believe in God, it was a phrase that he often said, and afterwards, always found himself silently frustrated that he had thanked something that didn’t exist. It would be one thing if he had thanked his wonderful chair - or the table even, but to thank God was ridiculous it seemed, and yet he said it again and again, and each time he wanted to kick himself for his stupidity. At any rate, he was happy that there was absolutely no way that he could go to the doctor and that he had yet another excuse to sit and remember the last time he held her.

It’s not as if Katrina had died or anything, she had just disappeared one day, and never came back. Simon had just taken out the garbage, and they were ready to go on one of those long walks that they took each night around the beautiful neighborhood. When he walked in, Katrina was standing in the doorway, screaming. He tried to calm her down, but she just went on screaming, babbling incoherently about her cat and its fur, and how much she wanted to stroke it. Simon didn’t understand the ranting, or where it was coming from - they didn’t even have a cat - hadn’t for years in fact.

He called the doctor, who told Simon to take her to the emergency room immediately. When he tried to get Katrina in the car, she screeched loudly, and slapped him hard on the face. It was as if she didn’t know him and had never seen her husband before. Simon’s face stung from the icy hand, and he tried hard not to grab her. Frantic, he called the doctor again, and within a half an hour, Dr. Wild standing on his front door step trying to calm Simon down. The doctor wouldn't make eye contact with Simon, who was starting to feel as if this whole event was planned.
He couldn’t grasp what was happening - why the family doctor of thirty years was so formal - why Katrina suddenly snapped, as if she had seen a ghost. It clearly defied all the rules of logic, and Simon was always a logical man.

Within thirty-five minutes, Dr. Wild had explained that Katrina had likely either had a stroke or was overtaken by sudden onset Alzheimer’s disease and would need further evaluation to be certain. Simon was beside himself. What would he do? How could they tell? Was there a test? Could it be erased? Could she come back? Would she remember him? All of these questions and more were thrown at Dr. Wild, who sadly could not answer them without stuttering and stammering and this made Simon even crazier. He wanted to punch the man in the face – the old man who had taken care of his family nearly his whole life. He imagined tearing Dr. Wild’s lips away from his mouth and stomping on them to force them shut. Simon couldn’t breathe, and his heart was thumping so loudly, he was sure Dr. Wild could hear it, and would tell him he was having a heart attack. But instead of dropping dead on the front porch, they were both summoned by a horrible, piercing shriek. Katrina had opened the door and was apparently terrified by the sight of the two men.

They managed to get her in the car, which was no small endeavor. She cried, screamed, and hollered her cat’s name, while angry tears poured down her face. When Simon tried to hold her hand, she pushed it aside and withdrew, as if touching it would taint her. They rode together in bruised silence, and Simon was sure he would faint if he didn’t get there soon.

When they finally got to the hospital, Katrina looked at Simon and for the first time in what felt like an eternity, remembered him. She clung to him as if her whole life depended on that moment. Simon held her and breathed her hair into his nostrils - the hair that he had smelled a thousand times before which was previously ordinary, smelled of roses. He felt her breasts against him, warm, and part of him. They fit together perfectly - better than any two people in the world, Simon thought. When Katrina let go, she reached her lips up to his, and whispered into his mouth the single words that he could never repeat, nor ever forget.
Posted by Jackie at 3:44 PM 3 comments:

Reach inside this turmoil
and force stillness

I am withered; tortured
from years of abuse

A piece of my smile -
subsumed by your addiction

When will it end?

When your body finally succumbs to
destruction,
and your 9 lives have ceased?

Or is there hope
that the miracle
for which I have prayed,
shall finally be answered?

These questions stand in oblivion,
unanswered -
leaving this chaos within
flaring with hope
and despair

whom I envy, and yet despise

I am left alone
once again...

a four-year old girl
begging her daddy to wake up
Posted by Jackie at 5:36 PM 3 comments:

Shutter closes
and the moment is gone
We are left with a photograph
that will never be captured again
Posted by Jackie at 2:48 PM 4 comments:

Jackie
Hello! I am writing this blog because I feel compelled to. I write poetry and fiction, and recently working as a reporter for an online newspaper. I received a B.A. in English and thought this blog might force me to write. My ultimate goal is to have any feedback - positive, negative, boring, etc. If I inspire or touch just one person, I have succeeded. Thanks for reading! (All poems and short stories © 2009-2012 Jackie L)